Have you heard about YouTube’s brand new service, Red? The company is already toting the service, as the best YouTube experience to date. Unfortunately, the service will cost members a monthly fee of $9.99 a month. The price is justified by the wide array of benefits provided to those that do decide to shell out the money for the upgrade. The most notable benefit is the fact that Red subscribers will be able to watch all YouTube videos, without the annoying ads. At the same time, users will be able to save and download videos to their computer. From there, they’ll be able to transfer them to mobile devices and watch them offline. Another major incentive for signing up is the fact that your membership can be synced across all devices. If you own a smartphone, your Red benefits can be accessed there, as well. The company’s new Gaming App and their recently unveiled Music App will also be accessible to these individuals. Remember that Google owns YouTube, so they can offer incentives across their collection of platforms.

By signing up for the YouTube Red service, you will also gain access to Google Play Music. Bigger changes have been announced for the upcoming year. In 2016, subscribers to the service will be able to access unique shows and movies from YouTube’s most notable creators. Those that don’t want to spend extra can rest assured that they’ll still be able to enjoy YouTube, as they wish. The ad-supported YouTube, YouTube Kids, Music and Gaming Apps will all remain free of charge to everyone else.

Thus far, the company’s move has gained a lot of criticism. ESPN stripped all of their content from YouTube and justified the action, by suggesting that the subscription service’s “rights and legal issues” forced their hand. The company also released a “Meet YouTube” video. To date, the comments have been mainly negative and the video has received 16,000 thumbs down, with just 4,000 likes.

Many of the site’s content developers have expressed their concerns. Their most frequent complaint is the potential loss of income, which could be brought about, due to the advertisement-free service. The company insists that they’ll help to supplement the loss with an additional revenue stream for creators. This secondary monetary revenue will be added to the creator’s earnings from their traditional advertisement methods.

So, how will it work? Well, YouTube insists that a percentage of the membership fees will go directly to their video creators and will depend on a number of factors, including the popularity of the creator’s videos. YouTube creators will be credited for videos watched online and offline. The company continues to suggest that their creators will receive the mass majority of the overall income. 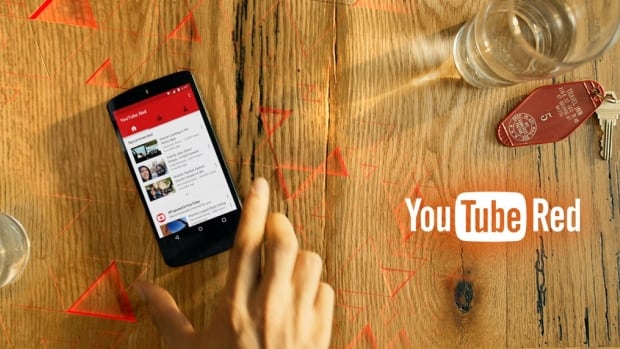 To date, the company has only expressed plans to launch the service in the United States. Will it expand worldwide? The company has only commented that YouTube Red will be expanded to other markets over the next year. Users can now experiment with the service, by signing up for a free one-month trial. Be sure to check it out now!

We're glad you have chosen to leave a comment. Please keep in mind that all comments are moderated according to our privacy policy, and all links are nofollow. Do NOT use keywords in the name field. Let's have a personal and meaningful conversation.

subscribers to get free conversion optimization tips and resources.

Setup takes 60 seconds flat. What are you waiting for?